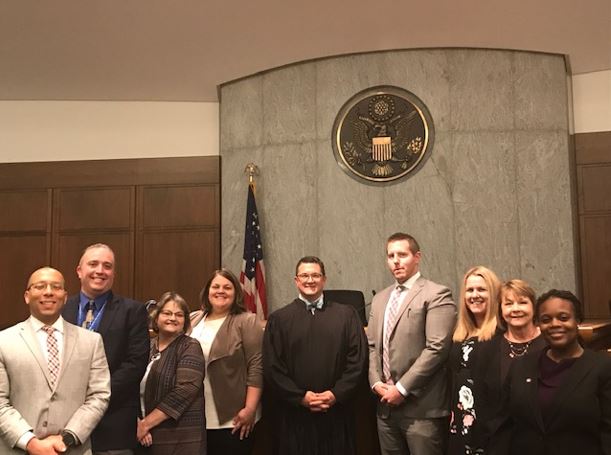 The mission of the Western District of Missouri's Re-entry Court is to provide alternative programming for individuals who are on federal supervision and have significant substance abuse treatment needs. The program is based on the belief that if offenders with substance abuse problems are offered the right type of assistance and held accountable, they may stand a better chance of leading a drug-free and lawabiding life than would otherwise be the case. Re-entry Court was designed to assist participants by providing a judicially-supervised regimen of treatment, supervision, and innovative case management. The program, which has demonstrated positive results throughout the country, was crafted in a manner to improve participant outcomes, thereby reducing recidivism, conserving judicial resources, and making a positive difference in the lives of those we serve. 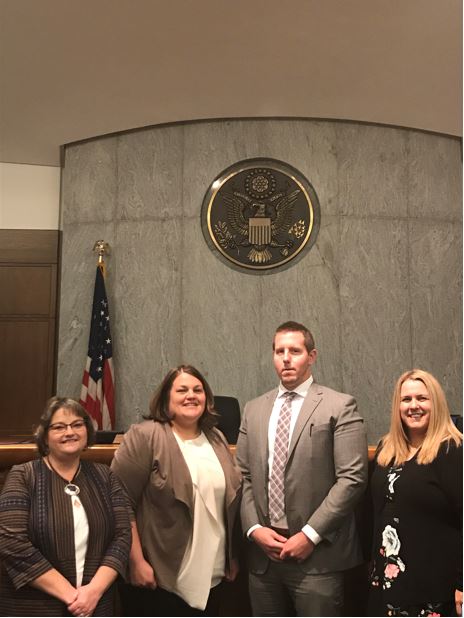 The Re-entry Court was developed through a partnership between the U.S. District Court, U.S. Attorney's Office, Federal Public Defender's Office, U.S. Probation and Pretrial Office, and a contracted substance abuse treatment provider. The above entities also comprise the RE-Entry Court Team and are present at each Court hearing. The Court, through these entities, provides multi-faceted support to the participant, and accomplishes its mission by combining a program of intense supervision, the best practices in addiction treatment, and timely court intervention.

Eligibility for Re-entry Court is determined when the offender is at the local Residential Re-entry Center (RRC) and within 90 days of their release from custody. Upon their release from custody, the participant enters the first of four phases of the Re-entry Court. Each phase of the program has a specific purpose with distinct and achievable goals. Within each phase, the participant has to show positive performance in three domains, which include supervision, employment, and treatment/recovery. During the course of the program, the participant must adhere to the requirements of each phase and attend regularly scheduled court hearings through which their adjustment and progress is monitored by the team.

One of the unique aspects of Re-entry Court is the nontraditional manner in which the Judge interacts with the participants. The Judge combines attributes of both a judge and a parent in order to assist participants with their assimilation back into society and to reduce their risk of recidivism. The judge applies concepts of positive and negative reinforcement, and the reinforcement occurs swiftly and in an impactful manner. The Re-entry Court Program allows the Judge and other team members to take an early and more active role in a participant's supervision. 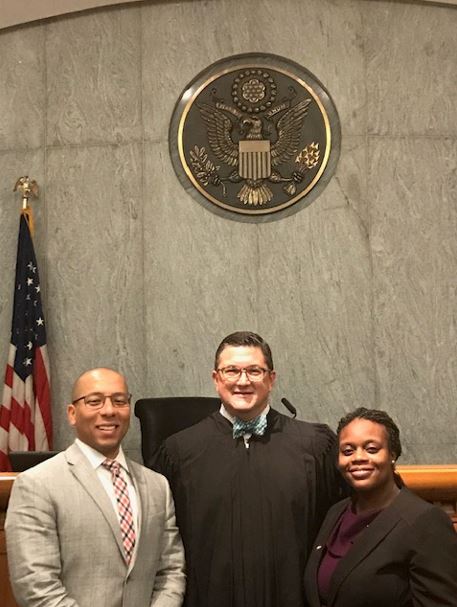 Re-entry Court had its first graduating class in February 2011.  Since then there have been 22 graduation ceremonies and 78 total graduates.  Through extensive analysis and tracking we are able to proudly report a statistical significant higher success rate for re-entry court participants.

In short, the intensive supervision and hard work by participants of re-entry court results in a 30% higher success rate.  We also believe the additional tools for success, the focus on job skills, and the counseling related to dependency issues not only saves taxpayers money, it also provides our participants the ability to live crime-free, drug-free, and maintain good paying jobs.

For additional information or to obtain a copy of documents associated with the Western District of Missouri' s Re-entry Court, contact Senior U.S. Probation Officer, Program Specialist, Katie Meister at 816-512-1309.